I was in the shower.

Now the thought of me in the shower is usually enough to make even the most forgiving of souls physically retch and attempt to blind themselves.  Many times has an unwitting fool wandered aimlessly into my temple of cleanliness, only to stagger out moments later screaming for their mothers and gagging like an old dog trying to swallow a toad.  It's an awful sight, trust me.  Even I have removed all mirrors from the room in an effort to stop myself from catching a glimpse and inverting my digestive system.  I think you get the idea.

That is why, dear reader, I shall not go into too much detail of my evening ablutions.  I should not wish to be responsible for some kind of worldwide viral giraffe flu, or whatever the next poor animal likely to get the blame for poor toilet hygiene and a lack of hand washing.  No, I shall spare you the misery of upchucking onto your keyboard or smartphone as you claw at your eyelids in a vain attempt to remove the mental image from your psyche.

Look at me being all kind and thoughtful?  Well, actually don't look at me, it is something that I would not wish upon my worst enemy (and I have a few).

Anyway, I ramble, as is my wont.  I was in the shower, I finished my shower, and I stepped out of my shower, let us just leave it there and remain 'Vom free'.

I was not wearing my glasses, of course not, why would I in the shower?  The room was awash with steam (my water temperature is usually set painfully high by my butler, Manson, on my instruction.  Its is the only way to burn the horror of the world from my pink and cloud-soft skin).  The steam was thick, not unlike a pea-souper from the good old days in London when I terrorised the east end back in 1888, but as I reached for my towel I saw a dark shape in the mist.  At first I thought it to be the butler, Manson would often sneak into my bathroom, knife in hand, to hilariously attempt to re-enact my favourite moment from Psycho, but it was the wrong shape, it was smaller, and a lot less 'knifey'.

I furiously wrapped the towel around me, it was an intruder!

The transcript of our encounter is recorded, as all sound within the castle, whether it be screams of agony or moans of boredom, as follows;

Good morning, nice to see you.  What’s your name and what IN THE HELL ARE DOING IN MY BATHROOM!!!

My name is Shona Kinsella and I travelled here through the steam from another dimension. My goodness, you must have been in the shower for a long time to create that much steam – what were you doing in there? No, wait, don’t tell me! 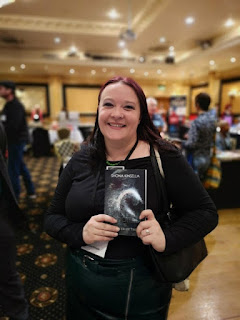 The less you know of my ablutions the better.  I think I’ve heard of you.  Haven’t you written a book or something?  Tell me all about it in 40 words or less.

My latest book is called Ashael Falling and it’s about a stone age medicine woman who has to protect her people from soul-sucking invaders from another world. It has magic, winged people, giant cats and heartbreak.

Torture time.  Everyone who visits my house gets tortured in one way or another; sometimes the rack, sometimes the Iron Maiden, sometimes my poetry.  I have three rooms downstairs. One room is full of spiders, the second has a sound system which plays nothing more than Max Bygraves, and the final room is where is full of sarcastic hipsters with man buns.  Which room would you be least happy to spend an eternity in? And if you were to ever get your revenge on me what would be in your room of nightmares?

I would be least happy to spend eternity in the room full of spiders. They give me the heebie-jeebies, much as I appreciate that they serve a useful function which is more than I can say for sarcastic hipsters.
My revenge would be to trap you in a room with no books for all of eternity mwahahahaha… wait, no, that’s too cruel. I’d stick you in a room that played the baby shark song over and over again.

Baby Shark?  You have a very dark side to you, Kinsella, very dark indeed.  What other cruel powers do you possess? What about hypnotism, is it real or just a way of twisting the feeble minded into suggestion?  If you had the power who would you use it on?

I do believe in hypnotism, but I think that some people are more susceptible to it than others. If I had the power, I would use it on my kids to make them clean up after themselves and stop talking whenever they saw my laptop open.

If you were a pop star in the seventies who would you most resemble?

A Bowie – mysterious and too cool for the world

A Bolan – mystical and experimental, destined for a short life

An Osmond – squeaky clean and adorable to grandmothers

A Ferry – A supermodel partnered crooner

I would like to think it would be Bowie but I don’t think I’m cool enough. I would probably be most like an Osmond, despite my best efforts to be rebellious and cool.

If you were to be offered to ghost write an autobiography of a famous figure from the music industry who would it be?  Would you drool like a fan girl at them, or of course behave very professionally?

Hmmm that’s a tough pick. I think I would go with James Hetfield, the lead singer of Metallica. I’m sure I would drool at first, but hopefully I would get over it pretty quickly and find my professionalism. 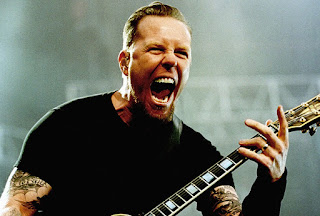 Aliens have landed!!!  Quick pack a bag and head for the hills!  What 4 items couldn’t you do without?

My kindle and portable charger so that at least I would have books with me.
A notebook and pen so that I could write.

You are a Goddess.  Not the one in total charge, mind you, I have that ultimate power.  In my All-Fatherly wisdom I have given you the power to control the next stage of human evolution.  What changes are you going to make?

I would make it physically painful for people to act with anything less than kindness and compassion. Then I might give people wings

Step into my time machine.  Don’t worry about the exposed wiring, no one has died this week. Right, where are you off to and what are you going to do when you get there?

I think I might go back to Stone Age Scotland and see what it was really like so long ago. I’ve read a lot about that time period in research for my Vessel of KalaDene series and obviously, it’s all based on interpretation of the few preserved items that we have from that time period. I’d love to know what was interpreted correctly and what we’re way off the mark with.

`
Where else on the whole blinkin’ World Wide Web can I find you?  Do you Facebook? Insta? Tweety? Blog? Let me know where I can stalk you in the future.
You can find me in all the usual places.
Facebook : www.facebook.com/ShonaKinsellaAuthor
Twitter: www.twitter.com/shona_kinsella
Instagram: www.instagram.com/shona.kinsella
And my website: www.shonakinsella.com
Ashael Falling is funding at: www.unbound.com/books/ashael-falling

I had had enough.  The steam was beginning to dissipate, and very soon Kinsella would begin to feel nauseous.  I would prefer not to be mopping up another room, I already have to mop up my own torture chamber after Manson threatened to get his union involved.

I asked her to leave with a promise that I would indeed be supporting her novel Ashael Falling (the link to which is above).  I had the pleasure of reading its predecessor Ashael Rising and found it to be the perfect way to forget about the awfulness of real life for awhile everyday.  With the current state of the world something similar would be a true blessing.

You should support Ashael Falling, I order it.  You will not be disappointed.

If you want to also support another fantasy novel full of Love, Death, Angels and Demons, you would do well to go to https://unbound.com/books/the-love-of-death/ and give my latest book a gander.  It's a comedy about my very good friend and often dinner guest The Grim Reaper, and what happens to him when he falls in love.

Go on, what in Heaven's name are you waiting for? 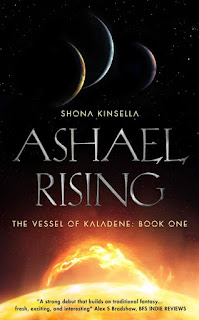 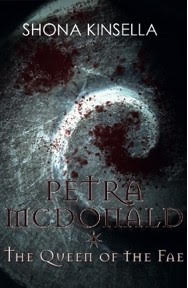