It was a beautiful dream.

I shall not pass on to you the full details, the nooks and crannys, the wheres and whens, the blood and the ecstasy.  Some of you may be eating as you read this, and some may be of a nervous disposition, I do not want to be the cause of any stomach or psychological upset that will make me liable to deep cleaning or therapy costs in the future. No, let us just say that I was enjoying my dream immensely and would have quite happily remained in that dreamlike state until the end of time or beyond.

You see my sleep is not normally that enjoyable.  Normally it is a fitful experience; a mixture of cold sweats, screamed awakenings, and desperate cries for forgiveness for all the misery that I have thrust upon the world and those unfortunate to have met me.

I do not know why I slept so well, and had such a beautiful dream; perhaps it was because I had not tortured anyone for a week, maybe it was my newly found care and love for small animals (who had only just begun to creep nervously towards the boundaries of Holbrook Towers again after years of knowing that to come within half a mile of the walls of my castle meant certain extermination).

Of course, this meant that during my waking hours, I felt that something was missing from my life, that this turning of a new leaf was depriving me of that which I had loved for so long, but I was sleeping better and that in a way made up for it.  Perhaps I really could be a changed man, perhaps I could redeem myself in the eyes of the world who thought me some kind of evil mastermind intent on creating misery and pain. It was a big ask, the list of my victims numbered in the thousands, perhaps more, but I had to give 'being good' and 'being normal' a try sometime.

But anyway back to my dream.  It was beautiful, it was joy filled, it was probably very disturbing should anyone look in on it, but it was also cut short by a rapping upon the front door.

I awoke with a start.  Who would dare to knock upon my door at this time of the morning?  Who had the temerity to interrupt my slumber? And where the bloody hell was Manson the Butler?  It was his job to see off visitors while I slept.

I fell from my bed in a heap of filthy duvet and angry temper.  Groaning loudly and muttering dark curses under my breath I stumbled through the halls of the castle to the front door.

The meeting which followed was recorded (as are all utterances, conversations, begs for mercy, and screams for mother which take place within the terrible confines of my castle) and is described as follows;

Ok, I’ve let down the drawbridge, I’ve pulled up the portcullis,  I’ve put the attack hounds back in their cages.  Tell me who you are and what you’re doing here.  Are you peddling a book by any chance? 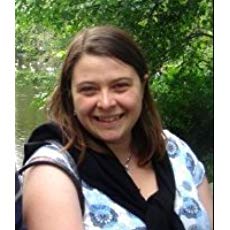 What’s this book about then?  You have 40 words to break it down into a palatable mouthful which make me want to eat more.

It’s a smart beach read called UNSCRIPTED and it’s the story of an aspiring writer and her epic celebrity crush… and her detailed plan to get the object of said crush to fall in love with her. 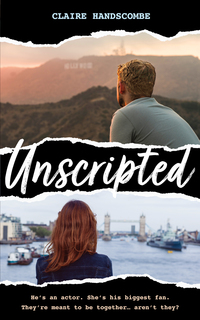 I am a kind and benevolent psychopath.  I give gifts to all who visit me (although they may not always live to enjoy them).  To you I give the gift of a superpower.  You can have anything but you must promise to wear an outrageously silly costume whilst using it, and you must also use it for bad as well as good.  What power do you want, and what good and bad things will you get up to with it?

Ooh, do I get to choose the silly costume? I would like teleportation please. I’d like to be able to spend more time more easily with the people I love who are increasingly spread around the world. As for the bad… I would teleport to bookshops and rearrange books. Is that bad enough? I hope so, because I’m a bit of a rule-follower. Specifically, I’d move the displays around and switch the face-out books up, so that instead of the bestsellers who already get all the attention, unknown books by good writers and/or my friends, and, let’s face it, my own, would be more prominent. Can I have invisibility too? I think that would help with this task.


I always do my best thinking whilst in the little boy’s room, or sometimes when I’m idly catapulting small animals from the battlements of my castle.  Where do you come up with your best ideas for things to write?  Are you a bunny catapulter like me?

*wipes increasingly sweaty hands on trousers* I… no. I wish there was a guaranteed, failsafe way to get them, but it seems to be different every time! One idea came to me in a dream, which was pretty cool. Some come to me as result of writing prompts and exercises. And a lot of them used to come to me as I sat on buses listening to music and allowing myself to daydream. But I never do that anymore, because I’m addicted to podcasts… Perhaps there’s a lesson here.


I was once trapped in a lift with possibly the most flatulent man alive.  It was a time of great torture that was only ended when I killed and ate him to survive.  You must have seen the looks on the fireman’s faces when they finally freed me from my incarceration after a full ten minutes of being trapped.  Who would you most hate being trapped in a confined space with?  And how would you make the time pass that little bit quicker?

Oh man, I can immediately think of two people I probably shouldn’t write about. So let’s say… Jeremy Corbyn. Because I don’t think I could contain my wrath at how he’s handled the Brexit thing. I’d want to like him, and I’d want to still want to vote Labour. But after being stuck with him for a while, I doubt that’d be the case.
Oh, sorry. Was I not meant to talk politics?
Whoever I was stuck with, I might have to discreetly shove an earphone into my ear and carry on merrily with my podcast addiction… 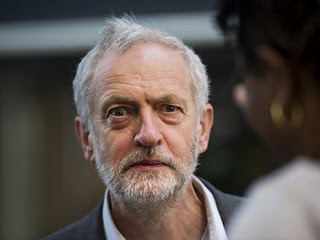 I’m starting my own political party.  Our manifesto is simple, a return to Victorian values, culling of peasants at regular intervals and all TV to be presented by Noel Edmonds.  I think people will vote for us by the million.  If you were to strive for governmental power, what would be the key points in your manifesto to enthuse the electorate?

I suppose it was okay to talk about politics after all! I think let’s make all Mondays Bank Holiday Mondays for a start. Cancel Brexit, obviously. Restore Recommended Retail Price to books to ensure that authors get fairly compensated for their work and reduce the stranglehold of Amazon on the book business. Oh, and free wifi everywhere! And to restructure the Eurovision so that nobody knows which country is which – we might get some points at last if nobody knew it was us!


Poetry is a wonderful and powerful thing.  It can inspire emotions in us like no other artistic medium, from love to nausea, insight to insanity.  I wish you to provide me with a haiku based on the best meal you ever eaten.  And then another based on the worst meal ever.

A week: little food.
And then, high up in Portland:
Meat candy. Sublime.
Thanks to United,
A half-frozen turkey roll
With some cheese.


I love ironing.  Whether it be a shirt, a pleated skirt or the faces of my enemies.  There’s nothing I like more on a Sunday afternoon that to pout up the ironing board, slap some tedious crap of the telly and get lost within my work.  What is the most boring and mind numbing task that you secretly enjoy?

I enjoy anything as long as I can listen to a podcast. I trust you’re getting the message on that by now.
But otherwise, I don’t know if this counts as a task at such, but if I’m in the right mood, I quite like sitting on the Tube. It’s great people watching.


I’ve started my own apocalyptic death cult. We meet for tea and biscuits every week and plan how we can take over the world and then destroy it in a shower of flame and urine.  Are you a fan of cults?  Do you want to join mine?  And if not what would your cult be about?

I… think I might be in one? It’s a cult for West Wing fans. We talk solely in Aaron Sorkin quotes, listen to podcasts (I know, by now you are not surprised) about the show, and squeal with excitement when we turn on the TV in a hotel room and an episode is showing, even though we already own the episodes on DVD and iTunes and regularly stream them on Netflix.

You have made me happy, if a little scared.  Tell me where I can keep an eye on you in the future.  Do you blog? tweet? Insta? FB?  Where can the world find you?

I do all the things. And guess what! Plot twist. I have a podcast of my own. It’s called the Brit Lit Podcast and people can subscribe in all the usual podcast places. On Twitter, I’m @bookishclaire. It won’t be long before you bump into me online – I’m everywhere! And please buy my book, UNSCRIPTED. Thank you

I had heard enough.

Although pleasant this discourse was, at the back of my mind thoughts of my dream remained within me, as well as the desperate notion that if I returned to bed quickly enough I might just carry on from where I left off.

I ushered my guest out through the gate and over the drawbridge with promises to buy her novel (this usually works with writers that come a bothering).  However I do admit that a copy of Unscripted now sits upon the shelves of my library and I would strongly encourage you to invest in a copy.  As she made her way down the driveway I thought of picking up the crossbow which was lent against the wall and sending a bolt after her.

But I remembered that I was a changed man.  No more would I be killing visitors in a quite gruesome way, No more would I send squirrels flying from the battlements of Holbrook Towers, no more would I lure unsuspecting passers by in though the gate only to have them dragged down to the dungeons never to be seen again.  This was the new me, a new good me, and never let it be said that Caraticus P Holbrook was not a man of his word.

I paused and smiled.  Bugger that, I thought picking up the crossbow and taking aim at Claire Handscombe as she strolled away...

Go on, what in the devil's name are you waiting for?