Not in a 70s disco fashion, but more likely the 90s shoegazing type.

It had been nearly two years since the time that I had last ventured forth from Holbrook Towers (voted Miserable Monthly's worst place to visit 2016).  I never went out myself, and the only visitors to the castle would be the postman, whichever one had drawn the short straw that morning, and the brave but stupid Tesco delivery man, who brought in my weekly van load of provisions ordered by my butler Manson.

I didn't know the full reason for my depression, perhaps it was the fact that everyone in the nearby village of Scraggybottom had moved away in fear of their lives, it could have even been the cancellation of my favourite TV programme 'Cannibal MasterChef'.  Whatever it was, or the combination of miseries, I was in a funk and no mistake.

It had even been such a long time since my miserable ennui had been interrupted by a wandering author (why they kept harassing me was and still is a mystery).  Perhaps it was because the last two that had come knocking, had ended up being dragged to the kitchens, and found themselves at the mercy of my Michelin starred cook Dahmer.

It was as I wandered the battlements of the tower, idly loosing a trebuchet full of lava at the nearby animal sanctuary, that a movement caught my eye in the courtyard below.  It was small and quick, so I knew that it wasn't an escapee from the dungeon (the first stop on anyone's visit to my dungeon was a day on the rack followed by a quick try on my newest invention Holbrook's automatic kneecapper).  It was an outsider!  Someone had foolishly broken in.

Without a moment to spare I darted down the stairs in pursuit of the invader.  I knew that it had headed towards the stables, and that it would be trapped (there was only one door into the stables, that had been the case since I'd bricked up the paddock as even the horses were running away from me).

I stood in the door way, axe in hand (I always carry one with me, as you never know when you might need it).

"Come out, invader!"  I called, "Show yourself or I come in swinging!"

She emerged.  The transcript of our conversation is recorded as follows.

Who in the blazes are you? And do you make a habit of breaking into castles? Explain yourself before I loose the rats!

My name’s Emma Grae. I’m a Scottish author and journalist. I’m physically based in London Town, but my writing’s almost always set in either Scotland or Ireland. I’ve written two books (and I’m about halfway through a third); the first of which, be guid tae yer mammy, was selected for publication by Unbound in January 2019. Oh, and I’ve been publishing poetry and fiction in journals for quite some time now. Find my work in the likes of The Honest Ulsterman and From Glasgow to Saturn.
As for breaking into castles? Well, the opportunity has never arisen, but if it did… I mean, I did accidentally steal a fork from Oscar Wilde’s house. 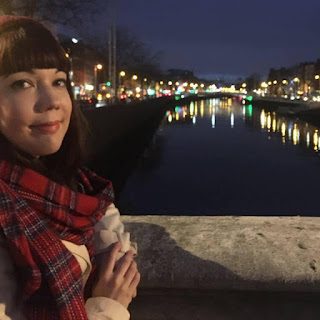 Written a book have you?  What’s it called, and can you tell me what it’s all about in less than fifteen words, I have the memory of an old goldfish.

Be guid tae yer mammy is about a queen, her fall from grace and her eventual redemption.
I hear you’re from north of the wall.  Is it true what they say about this Scottish folk?  Tell me the most Scottish thing you’ve ever seen. And then the most English.
I’m not sure what you mean by what they say about Scottish folk. We only pour Irn Bru onto our cornflakes sometimes and contrary to what Braveheart suggests, we only wear kilts on Wednesdays.

The most Scottish thing I’ve ever seen is a person—a man who frequents a rock club in Glasgow known as the “Catty” to locals. He’s called “Ladybug Guy”, and he’s something of a local celebrity. Despite not drinking alcohol, he turns up to just about every club night wearing a red corset from Ann Summers and a ladybug print tutu. While you’d expect him to get murdered, he’s actually accepted for the glorious weirdo that he is. I think that sums up what makes Scotland, especially Glasgow, great.

As for the most English thing? I didn’t see this one per se, but I heard that someone put a Victoria sponge cake on a tube seat (funnily enough, this was also the Victoria Line), and people chose to stand instead of asking the owner to move it. People in London, at least, are simultaneously rude and polite to a fault—and I wouldn’t have it any other way.

It is the year 2030, your debut novel has been recognised as the single most important literary work in human history.  In recognition of your contribution to the world you are given the freedom of the planet. You may choose one country to rule over and bend to your evil will.  Which country do you become the Empress of and what is the first law you would pass?

Oh, that’s easy. I’d rule Ireland and have Guinness flowing from the taps instead of water.
In your opinion what is the single greatest smell in the universe?  Use your mastery of the written word to make me imagine the smell.

I can’t narrow it down, but I know you can combine these smells so let’s go for it:
I’m a big fan of nostalgia, and the happiest time of my childhood was spent in San Fransisco. I’d go to the pool in my apartment complex almost every day and let my hair dry in the California sun. It always stunk of chlorine, and now, whenever I smell it, I’m taken back in a little time capsule to 2002. So my perfect smell is that—even if it’s from a public pool in South London— combined with just about anything that smells of lavender (usually Lush’s ‘Sleepy’ body lotion which I’m a big fan of).

You have been blessed with an outstanding new skill. Which one do you choose; piano playing genius or devastating mistress of Kung Fu?

Probably the ability to do burlesque without having to learn anything. I’m a pretty clumsy bugger, but I love the idea of being a showgirl—albeit a sexier (or at least trying to be) one than I’ve depicted through Lizzie in be guid tae yer mammy.

In the future cinema will be the ultimate interactive entertainment. You will not just go and watch a movie, you will be in it, playing the role of your choice. What film, either an old favourite or one from the depths of your imagination will you be a part of?

I’d love to play Penny Lane in Almost Famous. She’s such a free-spirited but vulnerable character. I’d like to think I’ll channel a little bit of those qualities into a character myself at some point.
Fear is a wonderful thing. It inspires, it scares, it makes the brave into a coward and the coward a hero.  I myself suffer terribly from xenolugcatchaphobia – the fear of having my ears stolen by aliens with terrifying long poles with nets on the end. What is the thing that you individually and no one else in the world most scared of? Give your very own particular fear a proper phobia name.
Oh god. Without going into detail, largely because of fear that I’ve yet to master, I struggle with a lot of fears. Basically, my own little Room 101—only its contents change on a fairly regular basis. So let’s call it personalorwellianaphobia.

Social media profile pictures will be banned in the future, instead every person with a Facebook, twitter, insta account will have to display a coat of arms and a three word motto. What’s on your shield and what’s your three word tagline?

The lightening bolt from the cover of David Bowie’s ‘Aladdin Sane’ would definitely be on mine. And maybe the tagline “Dos La Rumplestilskin” because I literally wouldn’t know what to say—pretty ironic considering what I’m doing with my life, but there you go.

Finally, where in the world wide Web can you be found and followed? Do you FB? Insta? Tweet or blog? 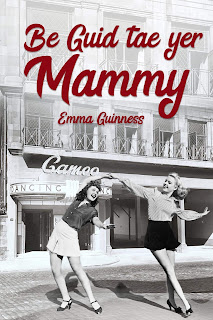 I stood and glared at her for a moment.  Would I let her live and run free from the castle?  Perhaps her escape would encourage others to visit?  It was an interesting idea, my dungeon might fill up again.  My funk might lift. I could be happy again (well as happy as I ever got).

"Manson!" I hollered.  My bearded manservant came running, he knew the consequences for not being quick enough.  "Manson, take this intruder and let her out of the front gate."

I turned to Emma.  "You may leave here with your life." I muttered.  "And I will probably even support your book.  But you must send others.  Let it be known that Holbrook Towers welcomes authors.  Authors of all kinds may come and visit me.  They will be interrogated, they may be tortured, but they also may get some book sales, which is obviously more important that simple life and death."

Emma scuttered off after the butler, and I immediately repaired to the drawing room where I visited

You should go there too, and you should pre-order your copy of Emma's book.  I have and I am a beacon of light after which all people follow in the end.

And whilst you're at it, you would also do well to go to https://unbound.com/books/the-love-of-death/ and give my own latest book a gander.

Go on, what the devil are you waiting for?
Posted by Paul Holbrook at 05:12