Sundays are my favourite days for torture.

I don't know why this is; perhaps it's because it is traditionally a day of rest and my victims have a tendency to be more relaxed, and therefore more susceptible to pain.  Perhaps it's because Sunday is the day that I like to sort stuff out, clear out the rubbish, finish off any wavering prisoners clogging up the dungeon.  Who knows?

Whatever the reason, Sundays are always my most satisfying time, and the day in question when the following interrogation took place was no different.  Necks were snapped, bowels were loosened, and by the end of the day my 'playroom' was a much tidier affair.  I like to do most of the clearing of the room myself.  Yes, I know that it is a task I could pass on to my butler, Manson, but there is something very cathartic about shoveling up entrails yourself and mopping the floors of blood ready for a new week.

I was just busying myself sweeping up teeth, and scooping up the last of the week's fingers when I heard a groan from the corner of the room.  What was this? I wondered. I thought I had cleared out all of this weeks bodies, let alone ending their poor tortured souls.  I stared into the corner. There was a large dustsheet draped over the top of what seemed to be a moving head.  I put down my broom and approached with care.

Another groan came from underneath the sheet.  Had I forgotten someone?  Had Manson brought me down a new plaything and forgotten to tell me.  With a speed of movement not utilised by me since the last time the toilet backed itself up I darted forwards and pulled the sheet away.

There stood in front of me, wearing nothing but a pair of large metal trousers was a man, a man in obvious discomfort.

Our conversation, was recorded (as all groans, whimpers and cries for mercy are in my dungeon) as follows:


Oh dear, it would seem that you find yourself on the wrong end of my latest torture device, the Spiky Trousers of Doom.  Don’t worry I’ll make your interrogation as terrifying as possible.  First tell me who you are and something interesting about you?  Be quick I’m getting tetchy.


I’m Jamie Chipperfield and in the real world I am a carer, I am also currently making my first foray into the world of serious publishing. Apart from that there’s not much else in the claims to fame department. I’ve always been a reader and writer, but I blame Dan Abnett, it’s all his fault. Interesting fact? Hmmmmm. I was once offered an apprenticeship in hairdressing. Things would have been rather different I imagine. These trousers are chafing a fair bit you know. 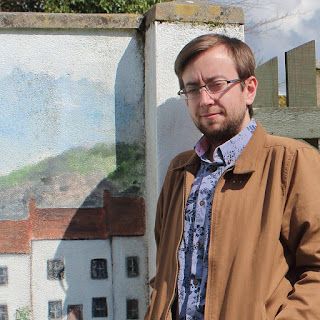 So you’ve written a book?  I love authors, they taste great in gravy.  Tell me about your book?  What’s it called?  What’s it about?  Why should I buy it?

Red Soil. Part detective novel. Part conspiracy thriller. A routine week for one Mars lawman is about to escalate quite catastrophically. I wrote it in response to the growing involvement of private enterprise in space exploration, and examined it through a dystopian lens. Why buy it? Because you want to read it perhaps. Stephen Hawking thought we should colonise Mars of course, that’s a tenuous enough reason surely?


I want to talk to you about cats.  I believe they are the highest life form on earth, beating humans into submission, and making us obey their every whim.  Are you a cat lover or are you a fan of another form of pet?  And how will the human race ever free ourselves from the shackles of our feline overlords?

I am a horse-man myself, and not in the centaur kind of way. You can’t fit them through cat flaps though. Who wants to go outside when its pissing it down. The ancient Egyptians revered cats and if it wasn’t for them, we wouldn’t have pyramid teabags, so who are we to question feline dominion?


I like inventing things, usually torture devices, cooking implements, or ways of avoiding work.  Tell me, what do you believe is the greatest invention that the world has ever seen?  You must surprise me though, none of this boring wheel, microwave oven, television nonsense.  It must be obscure but all important.

Nail clippers, most definitely. Have you ever read the Guinness book of records? There’s always a page with someone who’s grown the longest nails, now imagine that for the whole of society. Horrifying. The nail salon industry would make a killing though.


I can see from your face that the spiky trousers are starting to pinch a little.  This is very good, don’t worry this torture will all be over very soon (as will you if you don’t amuse me).  Tell me a joke, make me laugh, I wish to have a little chortle, and not just at your expense.  I need you to tell me the funniest joke you know.


You have yet to know true torture, for at my disposal is some of the worst jokes in the history of man. Have you heard about garden psychics? They can see the fuchsia. What about the man who invented the sphere? He realised it was completely pointless. I could go on.

The former would be Toxic by Britney Spears, and the latter, Hallelujah, whichever version you prefer. Hang on. Did I get them the wrong way around?


We each have five senses, I thought I had six but then I decided to go back onto my medication for the sake of everyone’s safety.  If you had to lose one sense what would it be, and what would you like it replaced with?


Smell. Anyone will tell you that, at one time or another, they could have done without it if you know what I mean. I would replace it with a ‘sense’ of unwavering confidence. See what I did there? It would be extremely helpful.


I am going to send you hurtling ten years into the future.  When you return, I want you to tell me four world changing events that you have witnessed.  The more bizarre the better please.


Amazon’s Alexa will be the head of a political party. Apple will release an implant that replaces your phone called the I-eye. The Isle of Man will change its name due to accusations of sexism. And last of all Wingdings will finally be taught in schools as a global language.

Your torment is nearly over,  I am within a gnats chuff of either ending you or setting you free.  Convince me why you should be let loose upon the world again.  What wonders will you benefit the human race with if I let you survive.

Wonders? Pfft! Just think of the havoc I could wreak on the world with my terrible puns. Imagine the torment. My grandfather invented the lead balloon you know, it never really took off. I once considered emigrating to the moon but I hadn’t considered the gravity of the situation.


You can find me on both Instagram and Twitter as @jchipperfieldwrites. As Matthew McConaughey the chosen one once said, “you gotta pump up those numbers, those are rookie numbers.”  Joining the twitterati is the done thing as a writer, but a friend convinced me of Instagram a few years ago when I was doing a lot of photography. I once had the Ministry of Sound liked a photo of nesting doves, not what I expected. 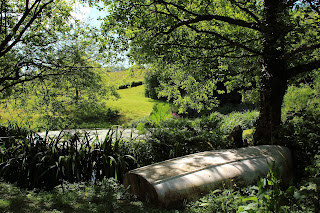 I pondered for a moment.  Should I free poor Jamie from The Spiky Trousers of Doom?  Should I let him walk free from the dungeon and wend his merry way out of the castle grounds and to freedom?  Or perhaps I should just tighten the trousers and be done with it?

In a moment of clarity and empathy rarely seen within the walls of Castle Holbrook, I chose the former and undid the trousers.  He hopped a little at first, bled, quite a bit, but eventually when feeling had returned to his legs he staggered towards the doorway.

"Run free, Chipperfield!"  I called after him.  "Go spread the news of your book."

That evening I visited the campaign page for young Jamies book which can be found here https://unbound.com/books/red-soil/  and I would encourage you to do the same.  Not many people are lucky enough to escape from my dungeon.  He must have something about him and he deserves to have his book published.  Go help him.

If you enjoyed this blog interview, why not read on and see the other poor fools that have suffered at my hands.  They're all mostly lovely and would enjoy your support. You could be one of them too if you're an author - simply drop me a line at caraticuspholbrook@gmail.com and I'll be along shortly to make your life a misery.

If you really wanted to have your name removed from my naughty list then you would also do well to visit the Unbound page of my own new novel The Love of Death here - https://unbound.com/books/the-love-of-death/
Its a funy and heartwarming tale of angels, demons and a lovesick Grim Reaper.