There was a foul stench in the air.

It was normally the kind found in my en-suite, after a particularly heavy night of beef curry and brown ale, but this was not the bathroom, I was stood on the staircase.

"Manson!" I cried, one hand covering my nose whilst the other held the bannister tightly for support.  My eyes began to stream, the water from my tears (a rare thing to be seen on my face) drawing the violent smell up through their channels and into my sinuses.  There was no response from the butler, something that would probably cost him a finger.

"Manson!!" I screamed as loud as my assailed lungs could muster.  "Manson, come here this instant!  You only have four fingers left and you'll be even more useless with three!"  Still no response.

There was a groan from downstairs, a kind of feeble last breath wheeze that I must admit was common within my house (I had even made such a noise myself after the last curry/ale experience).  It was not a groan that I recognised though and it appeared to be coming from down the hallway in the kitchen.

I cursed the soon to be three fingered butler and staggered down the stairs, the smell now so strong that I could have sworn that the skin on my face was beginning to peel, like some bizarre beauty treatment.  I could not imagine even the most desperate of Beauty enthusiasts ever being prepared to undergo such torture for their looks however.

The groans continued to emanate from the kitchen from where, as my nostrils began to melt and my lungs seizured in anger, I could tell was the source of the smell.  I coughed and spat, in an effort to rid my body of the horror which cursed it.  The kitchen should be empty, it was Dahmer the cook's day off, he had booked it the week previously to go on a hunting trip (and hopefully bring back enough 'food' to fill my chest freezer).  Who would it be taking up residence in the kitchen then, and what was that bloody smell?

As I reached the end of the corridor and the epicentre of the Terror that I saw him though, and saw what had caused such a foul odour to fill the halls of Castle Holbrook.  On the table was a large lump of cheese. At least I assumed it was cheese, or had once been.  In my understanding lines of green and blue should vein a more mature cheese not coat it.  It looked as though at any point it would raise itself up on green cheese legs and walk out of the kitchen itself, so offended by its own smell it would have been.  But cheese didn't have legs, cheese never had legs, I knew that.

The man in the parlour had his back to me as he rooted around the cupboards groaning at the stench of the cheese that he had found, but obviously still in search of something to eat.
A noise from behind me made me turn quickly.  It was Manson running down the corridor, gas mask over his face and swing bin in hand.  He raced into the kitchen, scooping the offensive dairy product into the bin and sealing the lid with gaffa tape.  He then whipped a can of Febreze out of his coat pocket and defumigated the room.  I watched him in almost admiration.  The man with his head in the cupboard did not turn, or stop his rooting.

"Thank you, Manson." I exhaled, allowing my lungs to operate normally once more.  "I think you may have just saved my life there.  I am in your debt."
The Butler pulled the gas mask off of his face and gave me a beaming smile, he had never heard words like this come from his Lord and Master.

His smiled faded a little when I cut off one of his few remaining fingers however.  It was only after dealing with the servant that I turned to my kitchen intruder.


Hello? Who let you into my parlour? Explain yourself?


Hi. I’m Eamonn Griffin and I’m a writer, which explains why I’m ransacking your cupboards looking for something to eat. 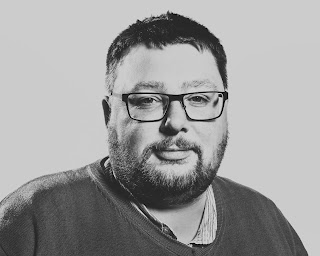 You've done what? Written a book?  Tell me all about it before I launch you into the moat!


Oh, I’ve written a few. The latest one, which was published in January 2019, is called East of England. It’s a noir thriller set in the mid-1980s. Debt collector Dan Matlock gets out of prison to find that his elderly father’s been kidnapped on the orders of a local crime syndicate as retribution for what Matlock did to end up in prison. So Matlock works to get his Dad back, by fair means or violent ones.


Werewolf, Vampire, Witch or Zombie? Which do you think you would have the most fun being? What hijinks would you get up to?


Witch, I reckon. I’ve worked nights before, so I don’t fancy being a vampire. Werewolfery seems to be a bit expensive what with all the shredded clothing and that. Zombies never appear to be enjoying their undead shambling. So, witchcraft’s the way for me. I’d make a reasonable hedge wizard, I reckon. I’d live in a cave and dispense remedies and curses. Maybe the odd love potion. I’m not interested in summoning Beelzebub or anything like that. I’d keep it on the magical down-low.


My first novel was about a photographer who took post-mortem portraits.  When he looked at them through the viewfinder they spoke to him.  Which deceased figure would you be prepared to photograph and if they spoke what would you ask them?


I’d take a picture of Robert Louis Stevenson. I’d ask him about his destroyed first version of Dr Jekyll and Mr Hyde. I’m a bit of a Stevenson fan. To the extent of writing a Jekyll sequel titled Juggernaut. 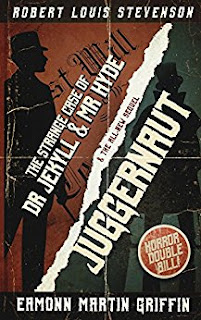 Which musician/band would write and perform the soundtrack to a movie of your life? Give me the name of a couple of the tracks from the album?


I’d go for an actual movie composer or two. Randy Newman for the songs (hypothetical titles of tracks would include “Get Down From That Roof” and “Put The Knife Down, Shorty”. The score would be by his cousin Thomas Newman. Tracks to include: “Where It All Went Wrong In Wales” and “Bad Relationship Advice Blues”.


I have created, in my laboratory, a very tasty potion which gives immortal life. I, of course, took it about 429 years ago, hence my eternal good looks.  Would you like a shot?  Will it bring you misery or would you use it to your advantage?  What benefits could it bring?


No thanks. I’ll take the three-score-and-ten and leave it at that, if it’s all the same to you. Only bad things would come of that kinda wish/curse.


ITV are bringing back Gladiators, complete with John Fashanu and Ulrika Johnson!  (They're not this is a hypothetical question, don't get too excited).  What would be your Gladiator name and how do you feel about a career in Lycra?


I’m not designed for Lycra. If I had to have a sporty sub-superhero name, I’d go for something like Queasy! or Dirigible.


I have been told I have a Jekyll and Hyde character, switching from shy, quiet and miserable to loud, confident and vaguely amusing.  Is this normal? And how would you be described in 6 words?


Yep, we’ve all got different facets. And they reflect different lights. A six-word description? “Knows a lot about Sean Connery”.


Where else can I find you on the interweb? Do you blog? Insta? Tweet? Website? Where can I see some more of your lovely work?


I’m all over the internet like a slightly clumsy virus.


Blog bit of said side: http://www.eamonngriffinwriting.com/blog


Twitter is my main social media man: https://twitter.com/eamonngriffin or @eamonngriffin


As for my books, they’re all available from Amazon in paperback and ebook. East of England is available everywhere online, again in paper and electronic versions. See them all here at my Amazon Author Central page: https://www.amazon.co.uk/Eamonn-Griffin/e/B00XJEK2PC


Also, a direct sequel to East of England, titled Canine Jubilee, is being crowdfunded at Unbound. There’s details on that book and how to support it into print here: https://unbound.com/books/canine-jubilee/


I bade him take as much food as he could and leave this place.  I could not guarantee his safety and I still had to finish my punishment of Manson (one lost finger would only be the start of his torment).

Griffin filled a plastic Lidl bag with goodies and left the castle.  I waved him off, watching as he crossed the moat and away into the relative normality of the rest of the world.  After he left I invested in his latest novel Canine Jubilee, and I would encourage you to do the same.  But after reading it you will realise that the 'normal' world was not a safe place, not for you, not for I, and certainly not for Manson the Butler who would be on the receiving end of a thrashing he would never forget.


If you enjoyed this blog interview, why not read on and see the other poor fools that have suffered at my hands.  They're all mostly lovely and would enjoy your support. You could be one of them too if you're an author - simply drop me a line at caraticuspholbrook@gmail.com and I'll be along shortly to make your life a misery.

If you really wanted to have your name removed from my naughty list then you would also do well to visit the Unbound page of my own new novel The Love of Death here - https://unbound.com/books/the-love-of-death/
Its a funy and heartwarming tale of angels, demons and a lovesick Grim Reaper. 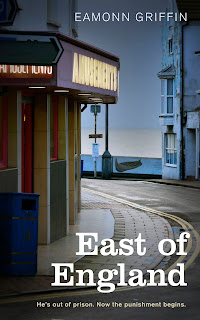 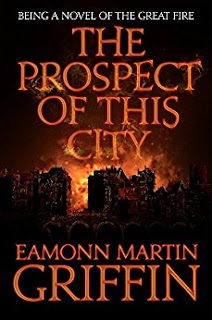 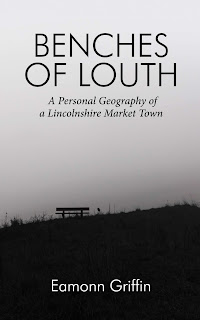 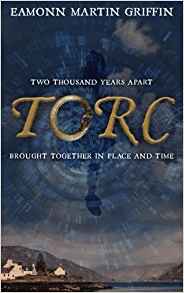