I sat at the table with a carefully selected group of ne'er do wells, the naively rich, and the superstitiously gormless.  Our hands were joined, and all eyes, except for mine, were closed.  The room was dark; lit only by candles placed around the room; the shadows, caused by their meagre light, dancing above the assembled idiots.

"Is anybody there?"  I called in my deepest, most commanding voice, breaking the silence.

There was no response.

"It is common,"  I said to my collected numpties.  "for the spirits to be a little wary of returning to the physical world.  Often they have painful memories, or have met violent ends; they do not wish to face the horror of the human world once more."

I saw, in the corner of the room, a movement, it was Manson, the butler he was ready to begin the next phase of the performance.

"In instances such as this" I continued.  "I call upon my spirit guide to help me.  Prepare yourselves, for he is often not best pleased to be disturbed from his eternal slumber."  I felt a ripple of excitement circulate through my guests.

Suddenly, almost as if it had been meticulously  planned, a cold breeze flushed through the room, extinguishing all lights except for the solitary candle in the centre of the table.

"WHO DARES DISTURB THE GREAT BEAST!" came a loud, but high pitched and slightly uninspiring voice.

"It is I, Aleister." I replied. "Holbrook, Grand Wizard and Foul lord of the castle of Despair. I call on you to bring forth spirits.  I wish to have a conversation."

The beast laughed, a dry cackling report.  "If it's conversation with spirits you require, I have just the man. Give me a moment, he's around here somewhere."

There was an awkward silence in the room, before Manson gave me a nod and I continued.  The recording of my discussion with the spirit world is recorded as follows.

My name is Edward Oliver Higgins.
I have no plan. I am like that Britain off the telly. 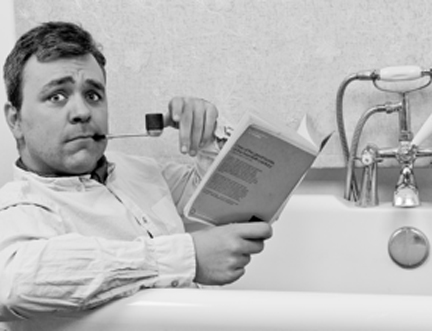 You write, don’t you? I think I may have read one of your books. Remind me of it,
will you? Be quick though, I am old. My eyes are tired, my ears are bent, and my
memory is as loose as a ha’penny doxy.

I wrote a book called Conversations with Spirits. It’s about a drunk ponce
investigating spiritualism. During the First World War. With a female character that I
stole from a film. And a homeless man. Oh, and some famous people, that I put in
just to pad it out a bit.

The lead character in Conversations with Spirits, Trelawney Hart, is highly critical of spiritualism and those that claim to have connections with ‘the other side’. Is this a viewpoint that you share and what would change both you and Trelawney’s
minds?

I am a man that has spent many years searching for ghosts – and have, thus far, been
unsuccessful. If I saw one tomorrow, that would probably change my mind. But,
from what I can gather from watching TV, they only contact Scouse liars – so I guess
I’m out of luck.
Trelawney experiences a bit of a of paradigm shift in the book (most readers seem to
miss this, weirdly) – but it is fiction. And I know that, because I made it up…

What's your all time favourite cult? If you were to start your own, what would it
be called, and tell me a little about the beliefs and rules of living under the loving
stewardship of the new messiah EO Higgins?

Well, as you know, I’m pretty loyal to the good people at Heaven’s Gate. The Hale-
Bopp cult. Great guys. Mysteriously – considering they all killed themselves in 1997 –
the website is still up and running: www.heavensgate.com (Be warned: the Gatorade
in the club house is a bit stingy.) 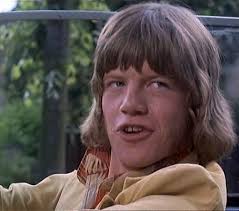 I would start a cult called The Temple of Askwith. The members would be forced to search for the esoteric truths hidden in the Confessions films. The Confessions of a Window Cleaner companion book (hastily penned by me) will be required reading for all. And, lo, vast sculptures of Robin Askwith’s gormless, fish-like face will adorn the walls of my inner sanctum.

One of our first online exchanges was about the potential for Conversations with
Spirits to be filmed. Give me a director for this movie, and who would play
Trelawney and Billy? (Alive or dead)

Yes, occasionally, film producers do get in touch, tell me they’re desperate to make a
film adaptation of Conversations with Spirits – then disappear again. That’s
happened four times now.

Well, obviously, Hitch would be the director. That’s contractual. (Ah, this could be
the issue.) Casting decisions I’m not so good with. Perhaps Matt Smith – in a fat suit
– or the young Dennis Price would be good as Trelawney, and, Steve Pemberton or,
erm, Alfie Bass as Billy. (I had no one in mind for either character whilst writing the
book – but, oddly enough, the actor John Shrapnel was the model for Harry Price…)

The earth, as we know it, is reaching a turning point. The atmosphere is fading and
it will soon become impossible to live on the planet’s surface. Would you board
one of the many shuttles flinging themselves into the abyss of space in the
desperate hope of finding a new world to live on, or would you prefer to move
underground and hope that it all blows over?

I grew up in Basingstoke.
A subterranean pit actually sounds quite elegant.

I'm planning the dinner party of the year. You are, of course, invited. Could you
please help me to complete my preparations? I need the following;

Ooh, and a celebrity chef to cook for us (not Jeffrey Dahmer)
They can be living or dead, I don't mind, the dead make for a cheaper affair.
Plan my PARTAY!!!!

Obviously, the author you’d want is Andy McNab. Got some great stories. (Will
require a dark corner, though.)
The literary character would be Ignatius J. Reilly. He’s a lot of fun.
You can’t go wrong with a bit of Lew Collins. (Don’t mention Shaw.) 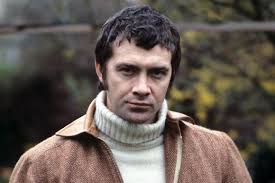 The female actor would be Letitia Dean.
The comedian would be TV funny man Duncan ‘Chase me’ Norvelle.
My Z-lister of choice is always Terry Coldwell from East 17. 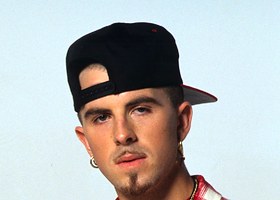 You are approached by the BBC, who are in need of a new injection of talent and
innovation to boost their flagging ratings. What programmes would you pitch to
them? Would you be happy as a game show host? A roving reporter? Perhaps a
game changing sitcom? Pitches please! (No monkey tennis)

I would propose sending Keith Chegwin to provincial hospitals and asking people on life-support machines general knowledge questions. If they get the answers wrong, he pulls the plug.
It would be called Chegger’s Plays God. 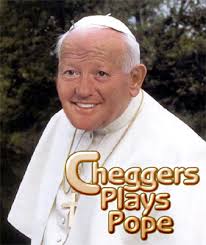 Unfortunately, you have expired. Never mind, let's look on the bright side, shall
we? Who would you choose to haunt, terrorise and turn into a quivering wreck
with little control over their bowels?

In your opinion, what is the greatest piece of cinema ever committed to the screen
and how would you react if it was announced that it was to be remade with Danny
Dyer directing and starring in it?

Kind Hearts and Coronets.
I would be sickened, obviously. But, also, curious as to whether it would make less at
the box office than Run for your Wife.

Where else can I find you on the World Wide Web? Do you tweet? Blog? Have you
a website? Perhaps a podcast you would like to tell me about? Time to blow your
own trumpet. Where can I buy your brilliant book?

I do a podcast called Hello Shite. You got a mention in the last one, Holbrook. (Oh,
how sharper than a serpent’s tooth…) You can find it on iTunes.

And, yes, I also have a book. It’s called Conversations with Sprits. It’s shiny and
golden – and, as such, President Trump’s favourite novel. (Though he’s never read it,
obviously.) It’s for sale in the shops. 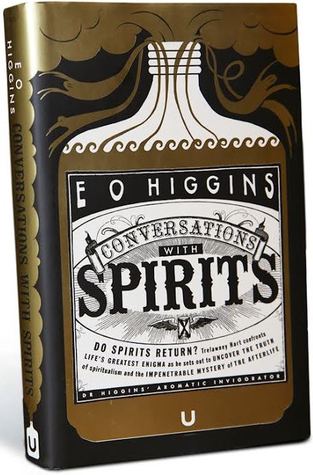 Conversations with Spirits will also be a major motion picture any day now. Starring
Danny Dyer. 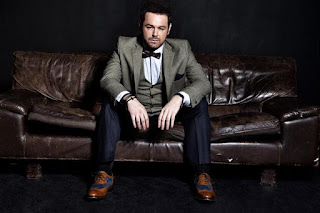 ... and he was gone.  The microphone linked to the cell where Mr Higgins was being kept in the dungeon below, and monies were collected from the idiots who had paid to talk to the dead.
As a reward for his efforts I freed the author from his confines and waved him on his way.  As he scuttled off, feeling blessed to survive the experience I called after him.
"Oi, Higgins!"  I shouted.  "When is the next book out?"  He paused for a moment, shrugged his shoulders and flicked me the Vs.
I hoped it would be soon, Conversations with Spirits is one of my favourite books and I would thoroughly recommend that you buy a copy (or four).

If you have enjoyed this interview and the others which I am posting please do return. I command it.