As surprising as it may seem, I am not usually a night owl.  It's my age probably, but long gone are the days when I would be awake all night; either playing in the dungeon, inventing in lab, or tramping around the local area... hunting.

That, it seems, is my past, although I do think that a few days in the gym would get me back to my predatory best.  For now however, I am more likely to be found in the late evening curled up in my bed with a good book, or watching a soothing cannibal horror movie on my iPad to drift me off to sleep.

One night last week, however, I found myself at an impasse.  I had seen all the gorerific films on offer, and was uninspired by my choice of book (there are only so many times you can reread 'Black Mass for Dummies')

I kicked Cat off of the bed (he had taken to cleaning himself in a most disgusting manner, which made me both nauseous and not a little jealous) replumped my pillows and hoped that sleep would take me without my normal dark bedtime fare.

After an hour however I had done nothing more than toss and turn, stare hopelessly at my novelty Jack the Ripper alarm clock (the screams of the butchered are the ideal way to wake on a morning), and curse the bastard sandman for not visiting me.

This would not stand!  I would not abide a night of insomnia without someone else suffering also.  I got out of bed, as miserable as a haemoglobin intolerant vampire.

I stood at the window, and looked out over the valley below Holbrook Towers.  I could have shed my onesie and ran out into the fields below, but the moon was not full and the changing would not have come to me.  There is nothing less frightening and threatening than a slightly overweight, naked middle-aged man, running around in the dark, desperately howling.  (Although some may disagree)

I rang for the butler and told him to call the agency and send for a book.  It was not my normal late night order, but surely a book was simpler to find than the last time they were called to my bidding, when I desperately needed a sheep, a pink latex jumpsuit, and a dampened rolled up copy of the Radio Times from 1974.

Within half an hour I saw torchlight moving on the horizon and, as the light got nearer, I saw it was a tall figure carrying a bag.  I ordered the drawbridge lowered and told the butler to lead my late night guest to the library, where I would receive him.

Highlights of our subsequent meeting are recorded as follows:

Thank the Gods you are here!  What is your name? Have you got a book for me?

Hello! My name is Ian Skewis. And yes, as it happens, I do have a book for you! It's called A Murder Of Crows...

Mmm, sounds interesting. What's it all about? No more than 50 words though. I have the concentration span of a hummingbird.

Okay, here goes... DCI Jack Russell is on his final case, which he believes will be solved as a matter of routine. It turns out that he has discovered a murderer who is just getting started. Time is running out as he tries to prevent the evolution of a serial killer...

Did you always want to write or was it some kind of happy accident?

I was first published at the age of nineteen, but it's only recently that I've returned to it and really pursued it seriously.

Those Americans have been at it again! They've only gone and voted for you to be their next president. Come on POTUS what's that first all important executive order?

Well, they're always voting in oddities so hell mend them haha! I think my first order would be for them to stop waging war on defenseless countries. For such a relatively young nation they have a very bloody history.

If your novel was a movie, who would you want directing it? And who’s your leading lady/man?

I think it would be directed with someone who has a gift for conveying quiet menace in their work. I liked the relative silence of Steven Soderbergh's version of Solaris. It's that kind of eerie quietude that exists in A Murder Of Crows, I think. Brendan Gleeson would be the perfect fit for Jack Russell, because of his stature and that ability he has of conveying quiet self-doubt - that's very Jack Russell. 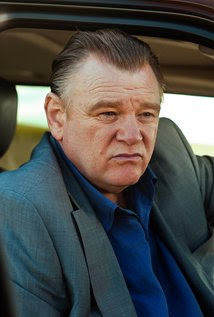 Are you an avid reader? And if so are you critical of other authors work when you read it?

I simply don't have the time to read anywhere near as much as I would like and I'm a very slow reader too. I'm critical of anything that's presented to me but I'm careful not to shoot people down unnecessarily. Many of us are at the start of our careers with Unbound and I feel it's important to support each other through the process. I think in the end it's the readers that should dictate, not the critics. But all criticism is good, as long as it's done constructively.

Your time as president has gone horribly wrong. I'm not going to go into too much detail but only a handful of people have survived. Who would you like to keep you company as one of the last of us left alive?

Laurie Anderson, because she would be able to provide some very good social commentary on the event; Suzanne Vega, who would no doubt write some very astute lyrics about it; Tom Baker, for those Doctor Who stories; Julian Clary for his smut and wit - and Colin Farrell, for I would be in dire need of something pretty to look at...

I like gin and tonic, though it's so common now sweetie darling - everybody's drinking it now it seems! Rioja is good too - red and white. Coffee in moderation and herbal tea. Oh, and lots of water!

Inspiration. It's an elusive bugger some, and monsoons on others. Where do you find it, and is your supply inexhaustible?

I've been writing for so long now that I have a list of possibilities stretching well into the years ahead but I still find new ideas along the way so it's a positive tropical storm of inspiration just now.

Where else can we find you in the world of the interweb?  Where can I buy this fantastic new tome of yours?

A Murder Of Crows is available in both digital and paperback format and can be ordered at your local library or bookstore. It can be found on the Book Depository and of course, on Amazon. Here is the link: amzn.to/2nmrfWC

The distant scream of my alarm clock told me that morning had arrived.  I stood and drew wide the curtains, allowing the cold morning sun to stream in.  It would seem that my ploy to gain a new book had not solved my problem of sleeping, however I had spent a pleasant night in conversation with a very interesting author and for that I was grateful.

I took the book from him, and told myself to begin reading it that very night, (What better way to end a day of evil plotting and blood curdling mayhem than with a well written thriller?)

As he crossed the drawbridge, he turned and waved.  I should like to see him return one day, perhaps when he has written another.  In the meantime head over to Amazon and get a copy for yourself.  It doesn't disappoint.


If you have enjoyed this interview and the others which I am posting at the moment please do return. I command it.