A time for sunlight and colour; lambs gaily gambolling in the hills, baby rabbits happily hopping among the hedgerows, and children cheerfully chomping chocolate eggs.

It was a beautiful scene of young life, gleeful innocence, and hope for the future that I saw, as I sat in a window of the tallest tower of the castle.  I surveyed the view and hummed merrily to myself as I gazed through the sight of my rifle. The butler would shortly be bringing me breakfast, and I had resolved to pop off a couple of random targets before the kippers arrived. Perhaps a vole today.

I drew my line across the fields which lay between Holbrook Towers and the small village of Nether Stinkhole which lay on the horizon.  The fetid ramshackle collection of dirty houses were surrounded by high fences and barbed wire to protect them from me when the moon brought on 'the altering'.

That morning however a curious thing entered my gaze; something which I had not expected to see at all.

Skipping, yes skipping, up the gravelled drive, without a care in the world and innocent to the fact that she was the subject of my crosshairs, there danced a woman carrying a basket, and followed by a parade of small furry voles.

In a twisted scene reminiscent of a fairy tale, much like Little Red Riding Hood but without a hood, and with a more devilish look in her eye, and further mixed with The Pied Piper of Hamlyn, as her small friends danced behind her, my potential prey... skipped.

Perhaps she was a modern day Red Riding Hood? A wolf hunter in innocent clothing, who had heard of my ventures out of the castle at night and had decided to acquire a new wolfskin rug.  Perhaps she was bringing upon my castle a plague of voles? Perhaps she had been sent by the villagers to finally oust their cruel overlord?  It would be so easy to end their plot; just a quick twitch of the index finger and 'Little Red' would be 'suddenly dead' and I would take my callous vengeance on my neighbours when the next bright moon arose.

I did not however.

Something held my finger firm, a curiosity perhaps.  My quarry had continued gaily skipping and had finally reached the moat, where she stood waving mischievously at the crocs. Her small furry collection of followers day obediently at her feet.

I rang the bell and instructed the butler to lower the drawbridge and see her in, before skipping a little myself into my dressing room to prepare myself for my guest (apparently it is not proper  to receive early morning visitors whilst wearing a Tellytubbies Onesie).

When I finally descended the stairs to the drawing room, I saw that she was seated by the fire, basket at her feet. (The voles gathered on the rug, watching for her next instruction).

Our discussion is recorded (as all conversations within the house are, by my intricate array of bugging devices) as follows;

Hello, welcome to my house. Who are you and did you bring me a present?

And I have brought you ‘Troubadour Tulip’, a bard vole of great renown.  You may keep her but she has Tuesday afternoons off to get her whiskers done. 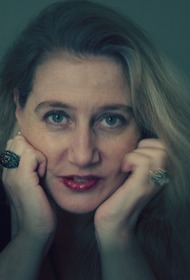 I hear you've written a book.  Is this true?  What's it all about then?

I have written a book.  One complete and several chapters of various things.  Blood On The Banana Leaf is my debut novel.   raucous applause from the voles .  It’s about sad & joyous things.  Courage and hope in brutal circumstances as experienced by many women all over the world but impoverished women are particularly succestible.

I would very much like to animate the fictional zombies from my novella, ‘Light Crisis’ and set them lose on despicable Singaporean employers.  voles applaud the catchy second book plug & the use of zombies. 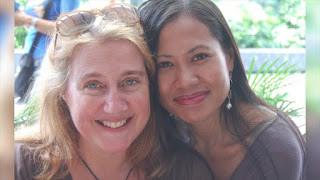 What did you want to be when you were little?  Astronaut? Pig farmer? Accountant? Do you still dream of getting this job?

All  my childhood fantasties surrounded adulation and ‘otherness’.  Specifically a Witch Queen of some sort.  I always felt different & sought difference.  My brother calls this my unconventional spirit.  My father calls it ‘bloody stupid nonsense’.   I was always wanted to be the hero and oddly, ‘Daddy’, when playing the ubiquitious childhood game, ‘Mummys & Daddys.   Since then I have aspirations to be a burlesque dancer and a published author.

How long is a piece of string and what's the best thing to use it for?

I’m more interested how string feels about itself.    It has many uses and most of them noble but none very glamourous.  Often used in conjunction with ferrets,  green marbles and  to the consternation of big bosomed women.

You're having a dinner party.  Do you invite interesting and engaging people who hate your food, or marginally interesting people with a good appetite?
I will invite everybody I have ever found attractive and flirt for England the entire time.  There will be enormously fine burgundies of both colours & I shall wear YSL sandals & something Temperley.  I shall invite The Beagle for the after dinner speeches.

What book do you wish you had written, and if you had a time machine would you try to write it first?

The Bible.  Oh! How much fun would that be.   ‘And God sent forth rainbows to show how fabulous the LGBT community are at all times.  And she sent re-runs of the Golden Girls to soften bigots hearts.  And after the full moon of world peace she drove mental illness to the hills of ice where they froze for eternity never to provoke her children’.

But I would keep Ham.
Because bacon.

Tell me something that made you smile in the last twenty four hours?

My husband shouting ‘hashtag ouch’ after cutting his finger, tying to avoid swearing in front of the children.

Have you got a new project on the go? Are you able to give me a little taster?

YES! It’s Light Crisis, my zombie re-think.  All the characters are named after volunteers   And I’m always taking new names.  But you can’t all be Oscar Lilley, Scourge of the Bone Lords.  Some have to be concubines and pack horses. And someone has to be The Camp Commandant’s pet Pangolin.  I love writing it and will be delivering it to Simon Spanton personally on a bed of  vole kisses & great fanfare.   I have two safe spaces specifically Waitrose & zombie films.

You're a smart cookie. Tell me something I don't know. Enlighten me with your wisdom.

Have you heard of the Beagle Cross? Beagles have been pulling the wool over our eyes for centuries.  Not only are there 67,000 volumes of the Beagle Histories but Beagles also foiled Operation Sealion by digging complex networks of tunnels underneath the Channel and through to Switzerland.   There was a slight delay in France when they berserk over some Toulouse sausages but apart from that the breed were awarded this hereditary honour for their valour and tenacity. 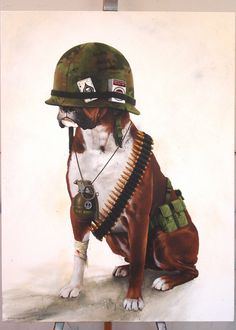 Where do you keep yourself on the interweb? Where can we find you?
Volequeen on Twitter.
Volequeen.com  for poyetree & fikshun.

In spite of my better (or should I say more wicked) instincts I resolved to let her leave, with the promise however of a return in the future.  I immediately visited the Unbound site and found her lovely book, which I pledged my wholehearted support for, and look forward to seeing being brought to the castle by the postman (if only to see the postman try to swim across the moat to deliver it).

Perhaps she would return unsuspecting to the crosshairs another time.

I hoped so; she was devilishly good company.

(Although perhaps not bring her tiny entourage next time. The butler will be clearing up vole shit from the castle for at least a week).

If you have enjoyed this interview and the others which I am posting at the moment please do return. I command it.