The Hanging Gardens of Holbrook Towers are lush and verdant at this time of year. The tall trees full of large green leaves and the bodies of those hung from the branches fester merrily in the summer sun.  To walk through it was relaxing for me.

It was on one such day, last weekend in fact, when I was sat under the dark canopy, tablet in hand and seeing which fortunate people had chosen to pledge their support for my novel Domini Mortum.  My mood was black however as it had been a full day since a new name had appeared on the supporters list.  I contemplated the next stage of my marketing scheme.

Perhaps I should offer free assassinations for every supporter, maybe I should visit the houses of all those who have promised to pledge but hadn't quite got around to it yet?  I felt a murderous rage coming on, this was quite normal however and so, vowing to myself that I would try to get my book published without having to resort to another bloody murder, I closed my eyes and allowed my senses to take in the beauty of the garden.

My butler had brought out a tray of refreshments, as he did each afternoon, and I decided to calm my aggravated heart with a cup of Earl Grey and a Bourbon biscuit.

It was after my first dunk, as I lifted the soggy biscuit to my lips that I heard. Rustle in the bushes. At first I thought it to be one of the many monkeys which inhabit my gardens.  I have found that they have been a useful addition to the gardens, whooping and screeching in the late day, sending ghastly echoes down the valley to Nether Stinkhole, where the residents would no doubt imagine all kinds of nasty goings on in the Castle of Despair.

It was not monkey however, it was a man.  A man who looked quite lost.


Hello, what brings you to the lush and verdant gardens of Holbrook Towers today?

I’ve travelled through dense forests and up and down mountains to bring a dash of hope in these uncertain times, to share news of an astounding set of species whose little-known story has a monumental bearing on our prospects here on this island Earth.

So, written a book have you? What's it all about?

Yes, my book is published in the UK as Ladders to Heaven and in North America as Gods, Wasps and Stranglers. It tells how fig trees have shaped our world, influenced diverse cultures and can help us restore life to degraded rainforests. Ultimately, it’s a story about humanity’s relationship with nature. It stretches back tens of millions of years, but it is as relevant to our future as it is to our past. 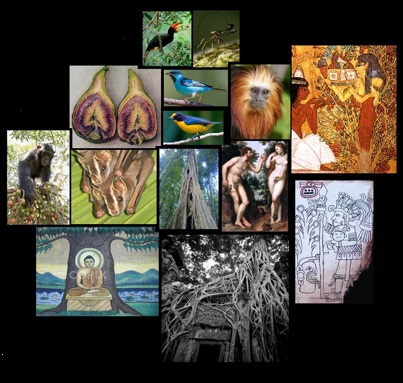 Let us travel back a few hundred thousand years. You are in control of evolution. What little changes would you make to how humans developed? Prehensile tails? Splicing with lizards? Eight eyes? Play God for a bit.

It would be great to be able to fly. And if we could photosynthesise like plants, we could harness energy direct from the sun. But most of all I think our species would benefit from more genes for empathy and nonviolence. So, I’m thinking winged, green and as chilled-out as pandas.

Tell me something about fig trees that I didn't know this morning?

They feed more species of wildlife — at least 1270 species of birds and mammals — than any other fruit trees and are critical to the health of rainforests. They’ve been shaping our world for 80 million years. They feature in every major religion and in cultures the world over. Fig trees fed our pre-human ancestors, and played key roles in the dawn of civilization. Without them we might not be here

I did some research into figs and kept coming up with the term "God hates Figs" all over the internet. Is it true that the fig tree is cursed?


The opposite is true. Fig trees are sacred in many religions and are closely associated with different gods and goddesses. As a result, all around the world, cultures have developed taboos against felling fig trees. The idea that fig trees are cursed comes from a story about Jesus, who is said to have cursed a fig tree and made it wither up because he was hungry and it had no figs on it.  That's how awesome tasty figs are - their absence could even rile Jesus. 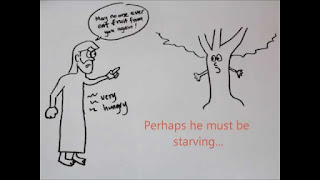 What is your favourite recipe which includes figs?  Mine is fig rolls.

I like them on pizza, so long as they’re in good company.

What is your favourite smell? What memory does it remind you of?

Frangipani blossoms are hard to beat. They remind me of when I lived in Borneo where I was studying in a rainforest. Frangipani trees are often planted in cemeteries there and their scent, though divine, is associated with a kind of vampiric ghost called a pontianak. 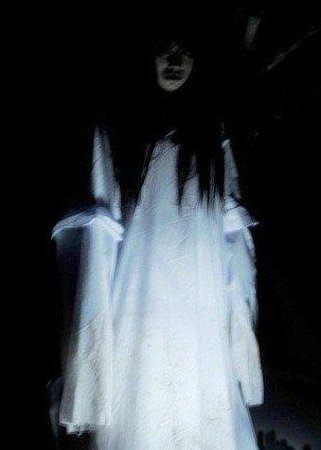 Do you believe in the afterlife and if so who would you try to contact for a conversation? (Apart from a close relative)

I believe in the afterlife only in the sense of the legacies of our words and deeds. As Terry Pratchett put it: “No one is actually dead until the ripples they cause in the world die away”. But if there was a magic telephone I could pick up to talk to someone who’s passed on, I would be keen to ring up Bob Marley. I think we all could use a dose of his message of peace, love and harmony.

The natural world is quite amazing to me. In my house, Attenborough is a godlike figure and Cousteau is Lord of the sea. Tell me what, in your opinion is the most fantastical thing in the natural world?

It’s hard to have favourites when every single living thing is just the latest member of a line that stretches back billions of years to the origin of life on Earth. That’s fantastical enough. As is the incredible diversity of life – all of it flowing from that original distant source.

And nothing alive can live alone — no species is an island. It’s the relationships between species that really interest me, the exchanges of energy between predators and prey, the partnerships between animals and plants, the rhythms that form as life sings in concert.

That said, there is a special place in my heart for the tardigrades, also known as water bears. These tiny little eight-legged animals can live for decades without water. They can withstand boiling, freezing and even the vacuum of outer space. There are more than 1000 tardigrade species and they occupy every kind of habitat on the planet. Their quiet success puts our own strange lives into an interesting perspective. 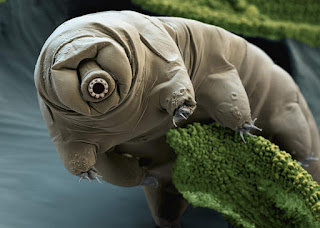 What is your current writing opus? How much do you throw yourself into projects?

I have a couple of big projects on the runway waiting for take-off. One’s a children’s book and the other is nonfiction. I’d love to throw myself head-first into either but lack the time right now. Both are keeping warm in my mental cauldron. One day I hope to serve them up.

What is your greatest fear? Would you consider facing it head on, in order to cure it, or are you content in your terror?

My biggest fears are about the kind of world my nearly-four-year-old son will inherit. I want him to be as safe and secure as I have been. My way of trying to achieve this is by writing about the environment, and how our wellbeing depends on it.

Where can I find you in the virtual highway? Do you blog?  Tweet? And where can I get my grubby hands on your lovely writing?

My book is on sale at Amazon, Hive, Book Depository and all good bookshops. I’m on Twitter (@shanahanmike) and I blog at Under the Banyan. 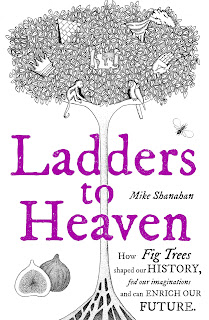 It was then that I noticed that we were not alone.  Sat n every branch surrounding us and hanging in between the bodies using only their prehensile tails were the garden's monkeys.

They had a look to them that I had not seen before, it was a look of potential murder and mayhem.  This would not end well.

"Stay very still."  I said eyeing them and trying to work out if they had a leader among them.  "I have not fed the monkeys for a week and they will no doubt be looking at you and thinking of supper." 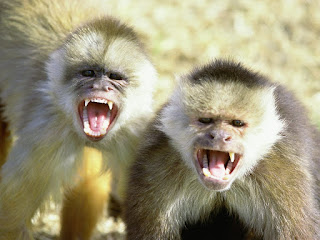 The eyes of the monkeys bore into us like hungry maggots, desperate for flesh, a chill ran down my spine.  We're they really going to turn on their owner?

I slowly moved my had to my phone on the bench beside me and, with the slightest of movements, dialled Manson to come.  He answered immediately, of course.

"Sir?" He spoke.  "Has your tea gone cold, would you like a fresh pot bringing?"  The sound of his voice made the hairs on the monkeys necks bristle, and they bared their vicious monkey teeth.

'No Manson," I whispered "It would seem that there is to be a culling this evening.  Bring as many guns as you can carry and some nets.  It's monkey stew for tea.  I will lead them to you at the entrance. Be ready to pop off a few."


I turned to Shananhan.  "I will cause a diversion.  Once I am out of sight run for your life.  The last trespasser in the garden did not last long in the company of the monkeys.

I leapt to my feet and began to run, turning briefly and shouting.  "Love the sound of your book I promise to give it a read."

And read it I did.  That night whilst eating a steaming hot bowl of monkey stew.  Lovely stuff (both the stew and the book), which I implore you to investigate for yourselves, you lucky, lucky people.


If you have enjoyed this blog interview, and the others which I am publishing on a weekly basis, then please visit my own Unbound page www.unbound.co.uk/books/domini-mortum where my own book Domini Mortum, A Victorian Mystery novel is in much need of love, attention, and most importantly pledges.

If you wish to be a guest yourself at the 'Castle of Despair' for your very own author interview, then please email me at caraticuspholbrook@gmail.com whereupon I will devise a visit of the most exquisite torture especially for you.